Van Gerwen Loses Out to Wright in World Final 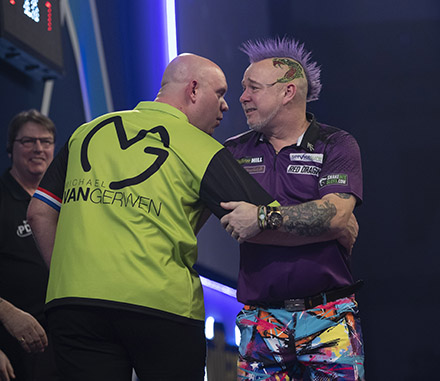 Michael van Gerwen missed out on a fourth World Championship crown after suffering defeat at the hands of Peter Wright in a high-quality final on New Year’s Day.

Van Gerwen tasted defeat in the sport’s showpiece game for just the second time after failing to claim crucial set-deciding legs throughout the match.

The Dutchman landed 16 180s and averaged 102.88 but Wright’s 55% double success rate proved to be an important factor as the Scotsman claimed his first World Championship title.

“Of course it hurts a lot to lose this final but the credit goes to Peter,” said the gracious world number one.

“He played a great tournament and was better than me in the biggest moments and I think he deserved to win in the end.

“I can only blame myself for missing at important moments but I will work hard to come back stronger from this.”