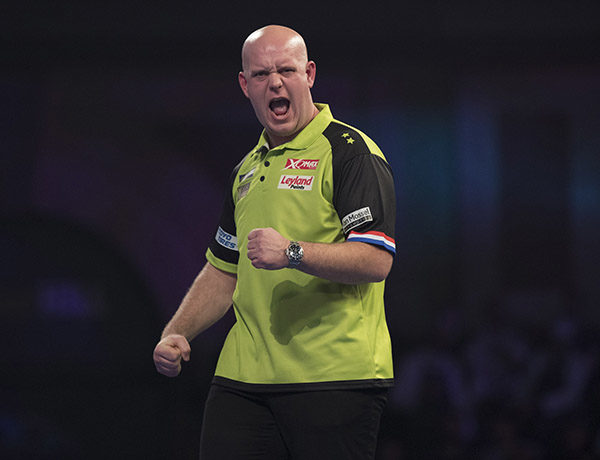 MICHAEL VAN GERWEN bids for a fifth successive BetVictor Masters title as one of four MODUS represented players in the 16-man field.

World Champion Van Gerwen takes on fellow MODUS star Jonny Clayton on Friday in Milton Keynes, where the world’s top 16 do battle over three days for the £60,000 first prize.

Like Clayton, Joe Cullen is making his debut in the £200,000 tournament and begins his campaign on Saturday against former World Champion Rob Cross.

Simon Whitlock will be in action on the opening night (Friday) when he faces Austria’s Mensur Suljovic.

The BetVictor Masters will be broadcast live on ITV4 and worldwide through the PDC’s broadcast partners.