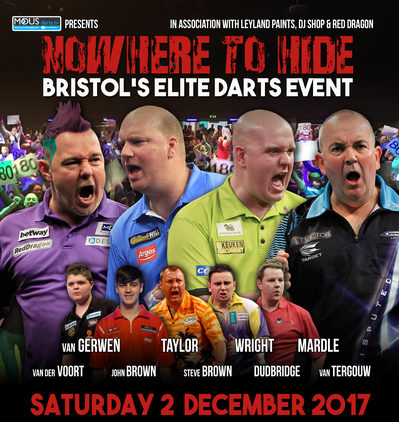 DUTCH SENSATION JUSTIN VAN TERGOUW has been added to the line-up for three top quality darts events, where he will compete alongside some of the world’s best players.

The current WDF World Youth number one and reigning BDO World Youth Champion will appear at MODUS events in Preston, Lakeside and Bristol in November and December.

World number one Michael van Gerwen is on show at all three events, with the likes of Raymond van Barneveld, Peter Wright and 16-time World Champion Phil Taylor appearing in some.

Full details of these and all upcoming events, including how to buy tickets, are available at dartshop.tv