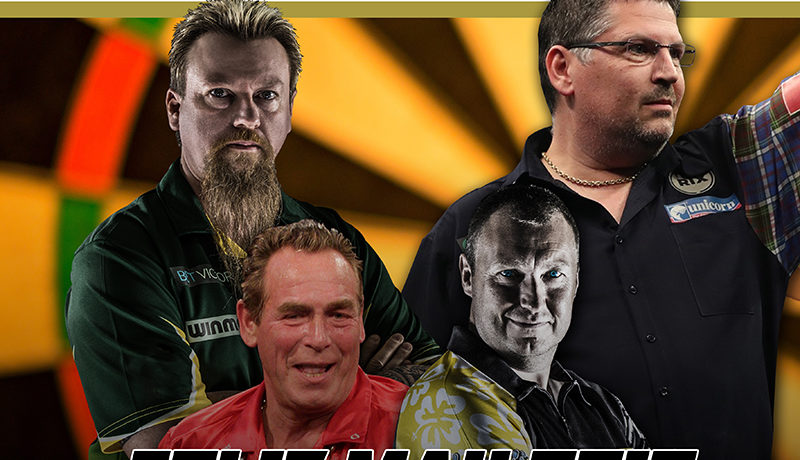 Whitlock has come in as a late replacement for Raymond van Barneveld (ranked 29th) who has withdrawn to play in qualifiers for ranking tournaments, as he bids to reach the big TV events in his final year as a professional.

Scottish number one Anderson will instead meet former European Champion Whitlock in a clash between two of the world’s top ten at Motherwell Concert Hall on 17 May.

Anderson – who won the World Matchplay, UK Open and Champions League in 2018 despite injury troubles – will undoubtedly receive a hero’s welcome from the crowed but ‘The Wizard’ is ready for the challenge.

“It will be a great night and when I got the chance to be part of it, I jumped at it. I think it will be great match between Gary and myself and a fantastic night for the fans.”

Preceding the darting dual between Anderson and Australia’s number one Whitlock will be appearances from two of the sport’s greatest entertainers – Wayne Mardle and Bobby George.

There will also be a challenge match between Scottish ladies Lynn Cowan and Susanna McGimpsey.

There are still tickets for the Motherwell Masters via www.culturenl.co.uk