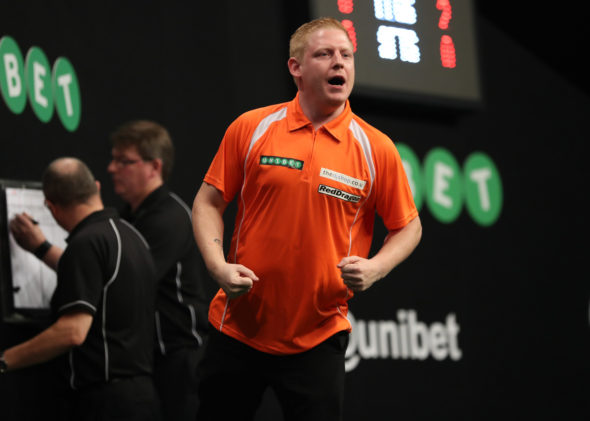 RICHARD NORTH’s rise as newcomer to professional darts may have gone under the radar but qualifying for the BetVictor World Matchplay in only his second year on the PDC circuit.

North reached the World Championship and World Grand Prix in his debut season, defeating Mark Webster in the latter before losing out to Simon Whitlock.

The 28-year-old will get the chance to test himself again against the Australian when he meets him in the first round in Blackpool next Monday.

North has also already reached the final of a ProTour event, highlighting his potential and credentials for future.

An appearance at another prestigious televised tournament will add to North’s experience and, if he click, he has the game to challenge any of the big names – as his ProTour results have shown.

‘Matchplay Men’ is a series of preview articles by Chris Murphy, featuring the eight MODUS-represented players who are featuring in the 2018 BetVictor World Matchplay.

KEEP UP TO DATE WITH THE ACTION ON SOCIAL MEDIA