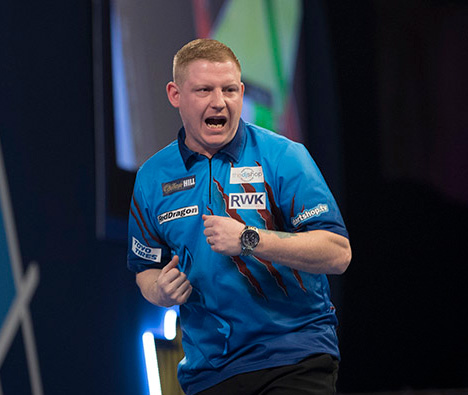 RICHARD NORTH has agreed a contract extension, which will see him continue to be managed and represented by MODUS as he continues his rise to prominence in darts.

The Hampshire-based talent has enjoyed an exceptional first couple years as a professional, reaching 39th on the PDC Order of Merit after winning a Tour Card at Qualifying School in 2017.

North went on to reach a final on the ProTour during his debut season, in which he qualified for the UK Open, World Grand Prix, Players Championship Finals and World Championship.

In 2018, the 28-year-old reached two European Tour semi-finals and added the European Championship and World Matchplay to his televised event appearances.

North aims to continue to flourish under the guidance of MODUS.

He said: “This is fantastic news for me. I wouldn’t have been able to live my dream without the backing and support of MODUS and am proud to represent and be represented by the best management company in darts.

“Things have gone really well for me so far since turning professionally and this contract extension will help me continue that consistent progress.”